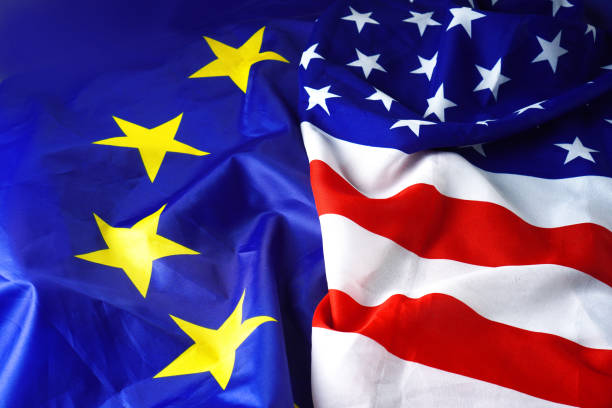 Wall Street closed higher in the first session of the third quarter, as stocks bounced back from earlier losses amid thin trading volumes ahead of a holiday-extended weekend, with utilities, consumer services, and retailers leading gains. The Dow was up 322 points, the S&P 500 rose 1.1%, and the NASDAQ booked a 0.9% gain. Still, all three indexes posted weekly losses, NASDAQ underperformed with a 4.1% loss, the S&P fell 2.2% and the Dow shed 1.3%. Results from surveys of manufacturers showed activity levels in June remained near two-year lows, adding to a slew of weak data earlier this week, namely dire consumer morale and worse-than-expected GDP figures. Among individual stocks, chipmakers sank to the bottom after Micron released a gloomy outlook and retailer Kohl's plunged 19.7% after publishing disappointing guidance. Last session, the Dow and the S&P 500 booked their worst 1st half performances since 1962 and 1970, respectively, while the Nasdaq saw its worst-ever half-year run.

Europe’s major stock indices closed around the flatline on Friday, namely Frankfurt’s DAX 0.1% higher but still near levels not seen since November of 2020 and the pan-European Stoxx 600 ending flat after seeing its sharpest first-half decline since 2008 the previous session. Fresh economic data amplified stagflation fears, as the ECB plans to begin its tightening cycle at its July meeting, after 11 years of ultra-easy monetary policy. Inflation in the Euro Area surged to a fresh record of 8.6% in June, showing no signs of peaking while manufacturing activity slowed in major European economies to levels not seen since 2020, PMI data confirmed. Meanwhile, the ECB started to buy bonds from countries including Italy, Spain, Portugal and Greece with some of the proceeds it receives from maturing German, French and Dutch debt in a bid to cap widening yield spreads, Reuters reported. On a weekly basis, the DAX fell 2.3%, the 5th week of losses in a row,

The FTSE 100 closed roughly little changed at 7,167 at the end of a volatile Friday session, recording a 0.6% weekly drop, weighed down mostly by energy and mining stocks amid a backdrop of stagflation concerns. Additionally, weaker than expected manufacturing growth in June pushed investors further away from risk-sensitive assets, with a PMI survey suggesting a drop in new orders for the first time since January of last year. Also, Bank of England data showed consumers were more cautious about taking loans as the central bank raises interest rates to tackle soaring inflation. Among individual stocks, Jupiter Fund Management and Abrdn fell 3.5% and 3.1%, respectively, after Citi analysts downgraded both stocks to a “sell”.

The CAC 40 ended the week 0.14% higher at 5,931, snapping a 2-session decline as traders took advantage of cheap valuations of stocks on the first day of the quarter, keeping aside the recession fears spurred by aggressive monetary tightening. Automotive, defense and technology stocks led the gains while banks retreated amid rate-hike worries. Airbus jumped close to 3%, topping the index amid reports of receiving 292 aircraft orders from Chinese airline groups while Renault added 2.37%. Elsewhere, Sodexo booked over 3.7% gain after the food services group reported a better than expected quarterly revenue supported by price hikes and post-pandemic recovery. In contrast, STMicroelectronics sank 3%, the most on the index tracking disappointing current quarter forecasts from its American peer, Micron Technology. On the week, the CAC 40 booked a 2.34% loss as rate-hike worries shifted investors to bond markets from the risky equity assets.

The FTSE MIB index closed slightly higher at 21,350 on Friday, remaining close to the 17-month lows touched last session as investors reassessed recession concerns amid a slew of fresh economic data. Inflation in the Eurozone rose to a fresh record of 8.6%, while domestic figures jumped to a 36-year high of 8%, spurring bets that the ECB could accelerate its tightening path during Q3. At the same time, domestic and euro area manufacturing PMI data showed a sharp contraction in new orders, reflecting lower demand and adding to the concerns of economic slowdown when borrowing costs increase. Utilities stocks were the main gainers in the session, as investors further digested the government's new energy aid package worth EUR 8 billion to counteract soaring utility prices amid natural gas cuts from Russia. On the other hand, tech and consumer goods stocks closed in the red.

The Ibex 35 rose about 1% to close at 8,176 on the first trading day of July, halting a two-day losing streak, lifted by an over 4% rise in shares of heavyweight Iberdrola, which extended to other energy companies. Grifols (+3.3%) and Cellnex (+3.1%) were also among the top gainers. Meanwhile, investors digested a hotter-than-expected inflation in the Euro Area for June and signs of a slowdown in manufacturing activity across the bloc. On the week, the Ibex 35 went down 0.8%.