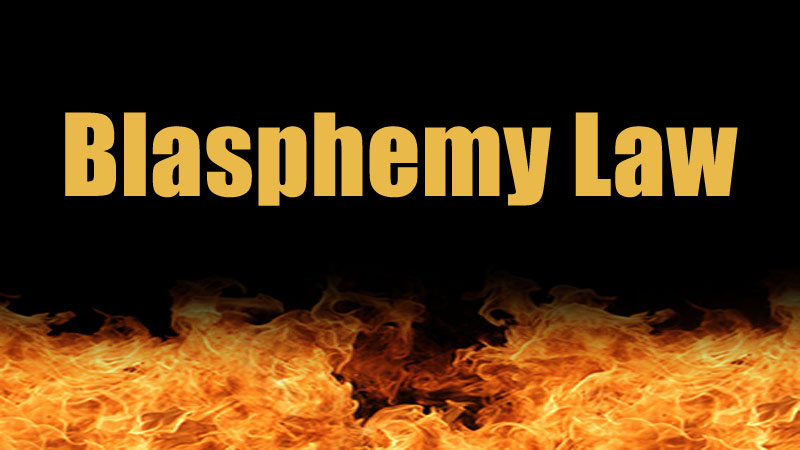 Fresh wave of religious fanaticism has engulfed the entire globe, its magnitude no less in India, which has been witnessing the same trend. Academics and performers have found themselves at the receiving end of backlash even while expressing a legitimate or fair opinion on religion.

India, a country with diversity, but quite often, be it cinemas, drama or political rally, blasphemy have been part intently or un- intently. Insult to Hindu deity lord Krishna or Lord Shiva have been reflected in lot of cinemas yet not checked and current controversy on BJP spokesperson Ms Nupur Sharma’s comment on Prophet Mohammed open a wide discussion of rationality of blasphemy law and its implementation.

Study shows, Blasphemy laws are astonishingly widespread. Seventy-one countries, spread out across many regions, maintain such statutes. Every one of these blasphemy statutes deviates from at least one internationally recognized human rights principle. Most of these laws fail to respect the human right of freedom of expression and most blasphemy laws studied were vaguely worded, as many failed to specify intent as part of the violation. The vast majority carried unduly harsh penalties for violators. Most blasphemy laws were embedded in the criminal codes and 86 percent of states with blasphemy laws prescribed imprisonment for convicted offenders. Some blasphemy statutes even imposed the death penalty.

Any opinion not in line with the majoritarian mores of the day can be very easily caught within the net of such a law. This becomes problematic because classified as a cognizable offence, it allows the police to arrest the accused without a judicially sanctioned warrant at the instance of an FIR or the complaint being deemed by the police officer as merely “reasonable”. This increases the likelihood of the abuse of law at the whims of the executive authority. Coupled with the non-bailable character of the offence, there is an even larger probability of the harassment of the accused for a prolonged period.

Application of Section 295 A must have greater clarity; else it will continue to be utilized by hypersensitive groups as a tool of intimidation. Firstly, at the stage of registration of a case, there must be an application of judicial mind before the case is registered to ensure that it is not used to target legitimate speech. Secondly, the section must be attracted only in instances of aggravated insults and the test of proximity between speech and public disorder as laid down by some of the judicial pronouncements should be made the touchstone while deciding on such cases.

The sentiment which the provision seeks to protect must be protected, but not by gagging free thought, speech and expression. Moving away from the public disorder objective and focusing entirely on the anti-religious content of speech would mean the operation of laws of blasphemy in a nation that is constitutionally secular. In the existing state of things, any meaningful engagement with religion which is the beating heart of the Indian society would invite serious repercussions, thereby eroding the spirit of reform in a society that is in dire need of it.

Though, Amending the blasphemy laws has been on the agenda of many popular secular parties. None has made much progress - principally because of the sensitivities over the issue, but also because no major party wants to antagonize the religious parties. But still, time demand collectively larger step to control fringe element and enhance cooperative federalism.