US STOCKS UP AMID FED OFFICIAL’S FLURRY OF HAWKISH STATEMENTS 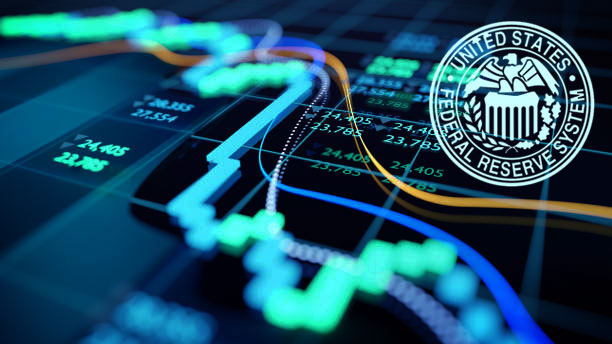 US stocks wavered on Friday after mixed earnings reports weighed on major banks, economic data disappointed and investors remained concerned about more aggressive Fed tightening. The Dow Jones lost around 200 points, led by falls in bank shares, the S&P was 0.1% up, while the Nasdaq Composite, outperformed its peers, adding as much as 0.6% after Netflix announced a price increase for US and Canadian subscribers. On the corporate front, earnings from JPMorgan Chase and Wells Fargo beat estimates but only because of reserve releases and Citigroup profits dropped sharply. Meanwhile, both retail sales and industrial production unexpectedly fell, raising further concerns about the omicron spread, supply disruptions and high inflation. Both the Dow and the S&P extended losses for a 2nd consecutive week after falling 0.8% and 0.3%, respectively. Meanwhile, the Nasdaq declined for a third week and traded 0.3% lower.

U.S. central bankers, in a last flurry of public comments before their upcoming January policy meeting, are making it crystal clear: they'll likely start raising interest rates as early as March to rein in high inflation likely to be made worse by the current surge of COVID-19.It is "sensible" for the central bank to begin raising interest rates this year, following dramatic improvements in the labor market and inflation that is well above the Fed's 2% target, New York Federal Reserve Bank President John Williams said on Friday."We see inflation that's obviously higher than we want and not coming down yet," Williams told reporters. "We're approaching that kind of decision. That makes sense."While Williams declined to say when exactly he expects the first rate increase, about half a dozen policymakers this week signaled the Fed could raise interest rates starting in March. The insistence on the likelihood of a March rate hike reflects the policy bind the Fed finds itself in: searing hot inflation showing few signs of receding at a time the Fed is still locked into a bond-buying program designed to stimulate growth, with rates stuck at near-zero levels. In December, as that policy bind became more obvious, policymakers began cutting back their bond purchases more quickly to get into position for a possible earlier start to rate hikes.

Policymakers say that once they raise rates above today's low levels, they can begin the next phase of removing support - offloading more than $8 trillion in bond holdings accumulated to help lower long-term interest rates. But they caution the timing of those moves will depend on how long it takes the economy to resolve the disruptions caused by the pandemic. the recent surge in infections caused by the Omicron COVID-19 variant could slow economic growth and prolong the supply chain disruptions that contributed to overly high inflation. The Fed needs to raise interest rates to reduce demand to bring it better in line with crimped supply, said San Francisco Fed President Mary Daly."We are going to have to adjust policy to ensure we achieve price stability," Daly said during a New York Times interview on Twitter Spaces. "We want to bridle the economy a little bit."Williams said the U.S. economy could grow 3.5% this year, a stepdown from the surge in 2021 but still solid."Once the Omicron wave subsides, the economy should return to a solid growth trajectory and these supply constraints on the economy should ebb over time," Williams said during a virtual event organized by the Council on Foreign Relations.

The Fed official said he expects the labor market to continue healing as the economy grows, forecasting that the unemployment rate will drop to 3.5% this year. Pricing pressures may ease as economic growth slows and supply constraints are resolved, Williams said, adding that he expects inflation to drop to around 2.5% this year and close to 2% in 2023. Consumer prices posted their biggest annual rise in nearly 40 years last month. Williams said "gradually" raising interest rates would be the next step in removing accommodation, but the exact timing and pacing of those rate hikes will depend on what happens with inflation and the economy.