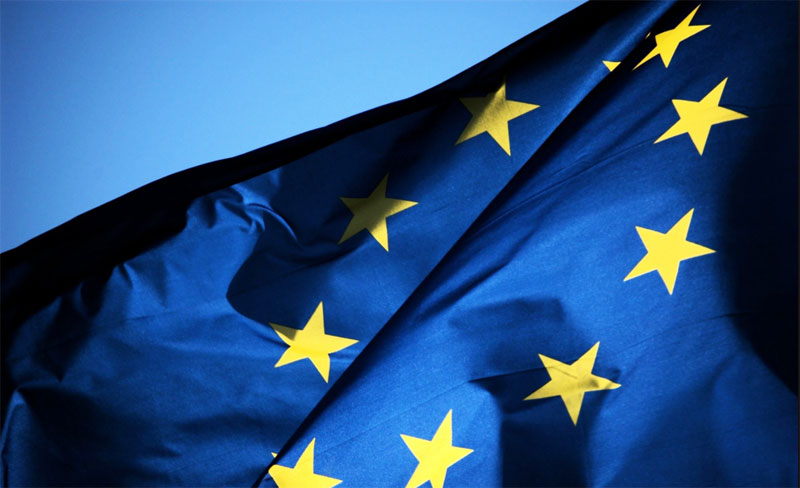 Foreign banks based in the European Union may have to hold more capital and liquidity under revisions to rules being considered by the bloc's member states, an EU document showed. Meanwhile, Equity markets in Europe ended the week in negative territory, with the German DAX down 1.3% and the pan-European erasing 1.0%, pressured by prospects of faster policy tightening by the US Federal Reserve and mounting geopolitical tensions in Ukraine. Most sectors ended lower, with miners leading the rout with a 3.3% drop, while retailers ended higher following upbeat results from LVMH and H&M. The French luxury goods maker gained 3.7% as Q4 sales growth accelerated, while Swedish fashion retailer H&M jumped 5.1% and posted a bigger profit rise than expected for the September-November period. In addition, Italy's UniCredit reported better-than-expected full-year revenue and underlying profit. On a brighter note, GDP data from France, Spain and Sweden came in better-than-forecast. For the week, both the DAX and the Stoxx 600 fell 1.8%, the fourth straight weekly loss for the pan-European index.

Officials in Brussels are looking to classify more foreign banks as subsidiaries rather than branches, a change which would require them to beef up their local balance sheets and come under direct EU supervision. The move would ensnare a large portion of lenders which opened branches in the EU after Britain left the bloc. adjustments could include an "automatic trigger for subsidiarization", or ways to constrain the discretion that regulators have in deciding which branches must become a subsidiary.

The bloc's European Banking Authority (EBA) said in a June 2021 report that at the end of 2020 there were 106 third country branches (TCBs) across 17 member states holding 510.23 billion euros ($569.16 billion) in assets, with variations in how member states treat them. This was up 14 branches and 120.5 billion euros in assets on the prior year, highlighting an increasing trend, linked to Brexit, in the use of branches to access the EU market, EBA said. China has 18 branches, followed by Britain with 15, Iran 10, and the United States nine.

Currently EU banking regulators decide on a case-by-case basis whether a foreign branch should become a subsidiary they would then directly supervise. A foreign branch's main regulator is its home watchdog. The consideration to call for an automatic trigger to subsidiarize will alarm firms," a banking industry official said. Regulators currently review foreign branches with assets of 30 billion euros ($33.4 billion) or more to see if they are systemic enough to pose risks to financial stability. They can require the branch to restructure or hold extra capital if it wants to continue operating in the bloc.

The decision to force branches to become subsidiaries has been a last resort, and some member states say the current system is too cumbersome."Scope of systemic importance assessment and of the eventual joint decision seem unclear and exhibit apparent inconsistencies," the document said. Some states also want to lower the assets threshold that triggers a review of whether a branch should become a subsidiary, the document showed. A combination of lower thresholds and an automatic trigger would give the European Central Bank, which supervises top lenders, more sway and make it harder for branches to avoid becoming subsidiaries.

Financial firms in Britain, now outside the bloc, can still serve EU customers who have approached them without prompting or marketing under a practice known as reverse solicitation. The document says member states want to review the "appropriate scope" of reverse solicitation and make clearer when an activity should be conducted at least in a branch in the EU.EU member states and the European Parliament have joint say on final approval on the revisions to banking rules. The ECB is already conducting a "desk mapping" review to see whether new Brexit hubs of banks from London have sufficient senior staff and volume of activities to comply with license requirements.