COMMODITIES IN NEGATIVE AMID UKRAIN CRISIS 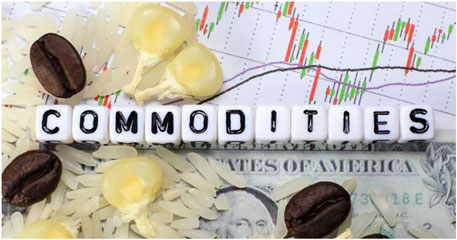 WTI crude futures extended losses to below $90 per barrel on Friday and were headed for their first weekly decline since the third week of December, as the prospect of Iranian oil returning to the market outweighed fears of possible supply disruptions from a Russia-Ukraine conflict. Reuters reported that a deal to revive the 2015 Iran nuclear deal is taking shape, with a draft accord outlining a sequence of steps that would eventually lead to granting waivers on oil sanctions, and bring about 1 million barrels a day of oil back to the market. Meanwhile, investors remain at the mercy of a volatile and tense standoff in Ukraine. Analysts expect oil to hold in the $90 to $100 a barrel range despite the potential return of Iranian oil exports, as geopolitical uncertainties and a tight global market, driven by capacity constraints and demand recovery continue to keep energy prices elevated.

US natural gas futures eased to around $4.40/MMBtu, slipping from a two-week high of $4.80/MMBtu hit earlier this week after a smaller-than-expected storage draw. The latest EIA data showed that the working gas held in storage facilities in the United States decreased by 190Bcf last week, while markets were expecting it to drop by 193Bcf. Still, forecasts for colder weather and higher heating demand combined with a continued slow return of US production limited losses.

US gasoline futures pulled back below $2.65 a gallon from an over seven-year high of $2.79 reached earlier in the week, amid a broad rout in commodities, as worries over Iranian oil returning to markets more than offset upside risks from geopolitical tensions in Eastern Europe. Iran was reportedly close to accepting a deal on its nuclear programme, which could mean the release of about 1.3 million barrels a day of crude supply and ease a tight global market.

Gold prices consolidated around the $1,890 mark on Friday. The precious metal was on track for a third weekly advance as the Ukraine crisis gave bullion bulls extra momentum. At the same time, less hawkish signals from US Federal Reserve's last meeting minutes underpinned gold. The central bank said it would not raise interest rates yet but indicated a hike is on the way as soon as March, but it failed to provide any hints on a 50-basis points rate increase.

Silver regained ground and approached the $24 level in the third trading week of February. while the overall negative sentiment around the dollar lent further optimism to the silver bulls. Still, investors have been jittering about tightening prospects from major central banks worldwide, especially the Fed.

Newcastle coal futures fell below $240 per tonne in mid-February, after touching a four-month high of $245 per tonne early in the month, tracking a fall in China's domestic coal prices as major producers in China are being asked to sell the fuel below the market price, in an attempt to rein in rising fuel costs and boost the economy. The Chinese National Development Reform Commission stated last week that domestic coal prices will be considered stable below CNY 900/mt at ports, according to S&P Global Platts, and noted that efforts to raise output earlier led to a daily production of 12 million mt. Meanwhile, global supply remains tight as a ban on coal exports in Indonesia is still in place for miners who do not comply with domestic sales requirements while Australia environmental activism is leading to less investment in coal projects. Also, demand remains robust as the energy crisis in Europe persists and the economies around the world rebound from the coronavirus-hit.