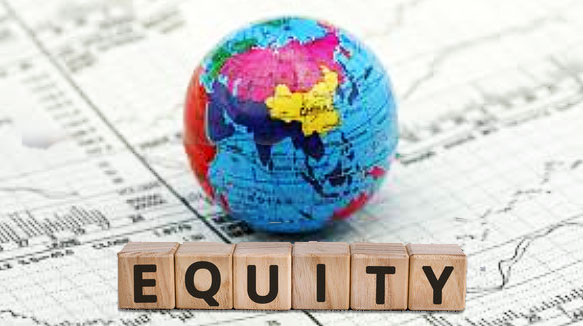 World equity rallied lead by the Dow, which added more than 400 points, the S&P 500 1.7% and the Nasdaq 2.1%. Both the S&P 500 and the Nasdaq posted their fourth positive week while the Dow also recorded weekly gains. Sentiment this week was boosted by signs that inflation is peaking, prompting markets to speculate that the Federal Reserve might ease interest-rate hikes soon. Both import and export prices declined in July, producer prices fell for the first time in more than two years and consumer prices slowed more than expected. On top of that, the University of Michigan consumer sentiment survey showed that inflation expectations for the year-ahead cooled in July and morale among US consumers rose to a 3-month high. However, several Fed policymakers, including San Francisco Fed Bank President Mary Daly, noted that a dovish pivot is unlikely and that the central bank needs further evidence that inflation peaked to change its tightening plans.

The Nikkei 225 Index rallied 2.62% to close at 28,547 while the broader Topix Index surged 2.04% to 1,973 in post-holiday trade on Friday, with both benchmarks hitting multi-month highs, as risk-on sentiment dominated markets following the release of soft US inflation data and as a reshuffling of Japan’s cabinet eased concerns about political instability. Prime Minister Fumio Kishida is now expected to search for the next Bank of Japan governor, and has so far signaled intention to maintain an aggressive monetary easing stance characteristic of the “Abenomics” era. All sectors finished higher, with notable gains from index heavyweights such as Tokyo Electron (4.5%), Fast Retailing (1.9%), Toyota Motor (2.3%), Nippon Yusen (1.7%) and Keyence (4.5%). SoftBank Group also surged more than 5% on news that it would boost profits by reducing its stake in Chinese tech giant Alibaba.

European shares extended gains for a third consecutive session on Friday.The benchmark DAX 40 rallied almost 1% to end at 13,796, driven by gains among utility stocks, with the index notching its fourth consecutive weekly gain.The FTSE 100 added 35 points, or 0.5% to 7,501 on Friday, closing in on a 2-month high helped by better-than-expected economic data while paper and packaging company Mondi surged more than 10% after agreeing to sell its Russian business for $1.56 billion. Healthcare stocks were among the best performers after a big slump this week amid growing prospects of impending litigation by the US due to the Zantac drug. Also, Flutter Entertainment jumped almost 10%, the most on the benchmark, after the sports-betting and gaming company reported quarterly results that surprised investors on the upside. On the data front, the UK economy shrank 0.1% in the second quarter, less than market expectations of a 0.2% contraction and industrial activity fell at a softer-than-expected pace in June. The FTSE 100 index added roughly 0.8% this week, a fourth consecutive weekly gain.

The CAC 40 went up 16 points, or 0.3% to 6,561 on Friday, widening weekly gains to over 1% and nearing its highest level since April 22nd. Healthcare stocks recovered, with Sanofi rising about 1% after heavy selling in the prior session on mounting concerns about potential litigation by the US over the recalled heartburn drug Zantac, a drug withdrawn in 2019. On the economic data front, French inflation was confirmed at a 37-year high of 6.1% in July.

The FTSE MIB index rose 0.5% and closed at 22,970 on Friday, the highest in over two months and marking a 2.3% gain on the week with support from tech, banking, and the auto sectors. Nexi shares jumped 5% after Reuters reported increased interest from private equity firms to take Europe’s largest payment processor private, after is stock lost more than 50% of its values over the last year. At the same time, Milan’s heavyweight financial sector was sharply in the green, rebounding from yesterday’s underperformance with a 4% rise for Banco BPM and near 3% gain for UniCredit. Investors also continued to monitor political campaigning ahead of Italy’s snap elections next month. Telecom Italia shares surged 6% after the Brothers of Italy party, which currently leads the polls, promoted a plan to take the telecom private.