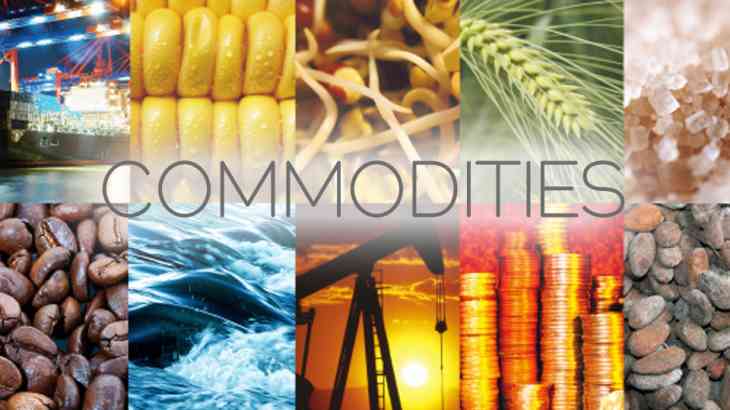 WTI crude futures fell 3% to around $99 per barrel on Monday, hitting their lowest in nearly 2 weeks, amid mounting concerns that prolonged Covid lockdowns in China and rapid rate hikes in the US would weigh on global economic growth and fuel demand. Monday’s slump extended a nearly 5% drop in the US oil benchmark last week as demand concerns outweighed worries over tight global supply. China’s demand for gasoline, diesel and aviation fuel in April is expected to decline 20% YoY, Bloomberg reported, which is equivalent to a drop in crude oil consumption of about 1.2 million barrels a day. In the US, Federal Reserve Chair Jerome Powell indicated that a half-point interest rate increase “will be on the table” when the Fed meets in May to approve the next in what is expected to be a series of rate hikes this year. Meanwhile, investors remained cautious as the worsening crisis in Ukraine could pressure the EU to sanction Russian oil and spur another rally.

US natural gas futures extended losses below $6.6 per million British thermal units, almost 20% down from an over thirteen-year high of $8.065 hit at the start of the week, as a larger than expected storage build spooked investors. EIA inventory data revealed a 53 billion cubic feet injection (bcf) last week, much more than a median estimate of 37bcf. Still, the contract is up roughly 80% this year, as harsh wintry weather extended well into spring, causing domestic inventories to shrink well below the five-year average. At the same time, the US is exporting LNG cargoes at record levels, mainly to Europe, as the region scrambles to replace Russian gas. On the downside, natural gas output in China is soaring after Beijing pressured state-owned producers to ramp up production to cut LNG imports, which have already fallen 11% over the first quarter.

Gasoline futures fell to $3.2 a barrel, tracking a broader decline in petroleum and petroleum products amid deepening concerns over the demand outlook and concerns over aggressive monetary policy tightening. Domestic gasoline inventories shrank by 761 thousand barrels last week, less than median estimates of a 976 thousand barrel draw, according to the EIA. Elsewhere, fuel consumption is expected to drop 20% in China, the world’s 2nd largest crude importer, due to the impact of stringent lockdowns on demand. At the same time, concerns over a faltering global demand were confirmed after the IMF cut its full-year growth forecast by 0.8 pp to 3.6%, while economists see more downside risks from the lockdowns in China. Prospects of a stronger dollar also weighed on gasoline futures, after hawkish comments by Fed Chairman Powell gave strength to bets of two or more 0.5 percentage point rate hikes. On a weekly basis, the contract is headed for a 2.5% loss.

Newcastle coal futures, the benchmark for top consuming region Asia, moved to levels not seen in almost a month around the $330-per-tonne mark, supported by continued robust demand against a tightening market backdrop. Russia’s invasion of Ukraine and the unprecedented economic sanctions have thrown the global energy market into chaos, with top consumers scrambling to find alternative supplies to replace Russian coal. Markets were already tight even before the Russian invasion of Ukraine as the energy crisis and soaring natural gas prices in Europe and Asia in late 2021 boosted coal use for power generation. Still, soaring domestic production from top consumer China poses a downside risk to prices. Chinese coal output surged 15% yoy to 396 million tons in March, while daily production hit a record after Beijing pressured state-owned producers to increase activity to ensure energy security. China confirmed the addition of an extra 300 million tons of coal mining capacity this year.

Steel rebar futures pulled back toward CNY 5,000 per tonne from a nearly 6-month high hit above 5,100 in the previous week on renewed concerns about demand due to Covid-19 while production resumed its pace after Beijing Olympics. Several districts in steel city Tangshan have been placed again under lockdown this week while mills in northern China ramped up production in the second half of March after the end of constraints due to Beijing Olympics. Still, the latest data showed China’s crude steel output declined over 6% from a year earlier to 88.3 million tonnes in March and was down 10.5% in the first quarter of the year.