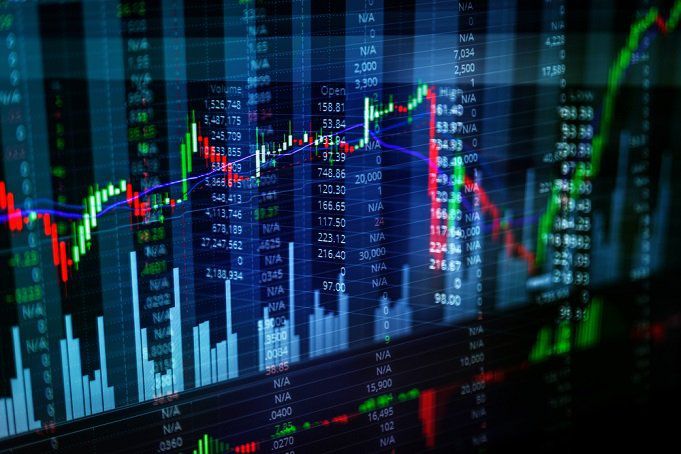 Contracts on the Dow Jones futures erased early gains to trade around the flatline on Wednesday while the S&P 500 and the Nasdaq were only slightly higher as investors weigh concerns that the economic recovery is slowing and uncertainties regarding Fed's next steps. Shares of casino companies including Wynn Resorts were lower in pre-market trading after Macau set a plan on Tuesday evening to revise gambling laws. On the other hand, Microsoft shares were up more than 1% after the company announced a dividend increase.

European stocks edged lower during today afternoon trades, with the focus of investors turning to signs of slowdown in the economic recovery, following a stark slowdown in retail trade in China. The luxury sector, which is significantly exposed to the Chinese market, was among the worst, with Burberry falling 2.6% and LVMH sliding -3.3%. At the same time, traders digested a batch of inflation data, with prices in the UK rising 3.2% in August, a level not seen in over 9 years and beat analyst forecasts of 2.9%, the annual inflation rate in France was confirmed at a near 3-year high of 1.9% in August. On the earnings front, the owner of fashion brand Zara Inditex erased early gains to trade over 1% lower, despite seeing sales approaching pre-pandemic levels, but Sweden's H&M slipped 3% as quarterly sales increased less than expected. The British FTSE 100 traded little changed, while the Stoxx 600 and the German DAX shed roughly 0.2% and 0.1%, respectively.

The FTSE 100 was almost flat, in a choppy European session, as traders digested hotter-than-expected inflation data domestically and weak economic data from China, which fueled lingering concerns about the impact of the coronavirus on the recovery. Consumer prices in the UK jumped to a 9-year high of 3.2% in August, beating analyst forecasts of 2.9%, while producer prices rose a faster-than-expected 5.9%, the steepest pace in almost a decade. Energy stocks BP and Royal Dutch Shell were among the best performers within the index, as oil prices extended gains for a 4th session in a row, while luxury fashion company Burberry shed more than 1% due to growth woes in China

The CAC 40 followed its European peers lower to trade below 6,640, as a batch of data raised concerns about a slowdown in economic recovery and mounting inflationary pressure. Industrial production and retail trade growth rates in China slowed sharply in August due to coronavirus outbreaks and supply disruptions. Elsewhere, UK consumer prices jumped more than expected in August and by the most since March 2012, while France's inflation rate was confirmed at a near three-year high.

The FTSE MIB traded slightly lower around 25,900, in line with its European peers, amid a cautious market sentiment as weaker-than-expected Chinese economic data and uncertainty over the Fed's tapering timeline raised again concerns around a recovery on global growth. On the domestic data front, Italy's annual inflation rate hit 2% in August, the highest since January of 2013. Among single stocks, Moncler, Enel and Amplifon were the top losers. In earnings news, Mediaset posted a six-fold rise in first-half operating profit, topping pre-pandemic levels, amid strong growth in the advertising market in both Italy and Spain.

The Nikkei 225 lost 158 points or 0.52% to finish at 30,512, off from 31-yar highs, amid profit-taking. Traders were also cautious over uncertainty over the US Federal Reserve's tapering timeline and weaker-than-expected Chinese economic data for August. In addition, news that North Kora fired two ballistic missiles from an island area toward the Sea of Japan today raised an aversion toward riskier assets. On the business front, Daihatsu Motor reportedly will reduce vehicle output further by extending suspensions at two of its plants in Japan. In local data, Japan's business sentiment fell to its lowest in five months in September while core machinery orders rebounded less than estimated in July. SoftBank Group sank 5.8%, on concerns over its exposure to Alibaba and other Chinese tech firms as Beijing steps up regulation in the sector. Investors now keep their eye on Japan's trade data which will be due later this week.

The BSE Sensex jumped up by 476.11 points or 0.82 % to close at a new record high of 58723.20, after ending flat for the last five consecutive sessions. Telecom shares, mainly Bharti Airtel (+4.53%) saw huge gains as the government approved a moratorium on payment of spectrum dues as part of its relief package. Auto shares were also among the best performers, as the cabinet slashed the production-linked incentive scheme linked to the auto sector to USD 3.54 billion, almost half of what it had proposed a year ago and shifted the focus to electric vehicles and drones to promote clean technology. Among the individual stocks, National Thermal Power Corporation Private Limited (NTPC) led the gain (7.16%) whereas Axis Bank (-0.38%) lost the most.

The Shanghai Composite Index was down 6 points or 0.17% to end at 3,656, as weak China's economic data rekindled worries about a slowdown in the global economic recovery. Industrial output in China rose at its weakest pace since July 2020 in August, while retail sales growth slowed significantly. On the COVID-19 front, China's southeastern province of Fujian logged its fifth straight day of new local cases as the outbreak comes ahead of the National Day holiday starting October 1st as well as a mid-autumn Festival holiday next week. On the policy front, the PBoC rolled over maturing medium-term loans today, while keeping the interest rate unchanged for the 17th month in a row. Shares in Hong Kong sank 1.83%, falling for the third session in a row, after a report by Bloomberg News saying China's major banks have been notified by the housing authority that Evergrande Group will miss interest payment due September 20th