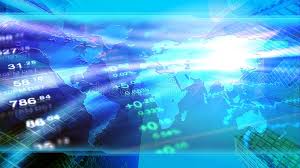 The Nikkei 225 climbed 265 points or 0.89% to end at 30,181 on Wednesday, its highest close since March 18th, gaining for the eighth straight session after an upward revision in Japan's Q2 GDP figure confirmed the economy managed to avoid recession The Japanese economy grew 0.5% qoq in Q2, compared with a preliminary reading of a 0.3% rise and after a revised 1.1% fall in Q1. The report followed Prime Minister Yoshihide Suga’s announcement last Friday that he would not seek re-election for his party’s leadership. Meanwhile, PayPal Holdings Inc said Tuesday it would acquire Japanese buy now, pay later firm Paidy for $2.7 billion in cash, as it looks to expand its reach in Asia. Also, Mizuho Bank said today it has experienced a system failure for the seventh time this year. SoftBank Group closed up 4.64% after making a $7 billion share-swap deal with Deutsche Telekom while Nikon rose 4.18% and Rakuten Group added 3.89%.

The Shanghai Composite Index closed flat on Wednesday after closing at near seven-month highs in the prior session, as traders await the release of China's inflation data for August on Thursday. At the same time, market participants digested PBoC's statement today that the space for monetary policy in the Chinese economy is still relatively big and that it will maintain the prudent monetary policy while not resorting to flood-like stimulus. Meantime, state media outlet People’s Daily said China’s long-term economic policy remains unchanged and regulations on its industries are to promote their healthy development. In Hong Kong, shares fell 0.52% after gaining in the early session, following remarks by China's education ministry today that private tutors will be barred from offering courses online via instant messaging services or live streaming platforms, and in unregistered avenues.

The BSE SENSEX was almost flat around midday on Wednesday following three consecutive sessions of record highs, with losses in the energy sector being offset by gains in the telecom sector. Traders were evaluating the risk of a slower recovery in the US following the weaker-than-expected jobs data last Friday after which markets were closed for a long weekend. At the same time, investors await the start of policy normalization by the Reserve Bank of India that could be around December. On the pandemic front, India is preparing for a potential third wave of COVID-19 infections that is expected to hit the country as soon as mid-September.

The ASX 200 shed 18 points or 0.24% to finish at 7,512 on Wednesday, dragged down by rising coronavirus cases In Australia, with New South Wales reporting 1,480 new infections today, up from 1,220 a day earlier, as authorities struggle to curb the Delta variant outbreak despite accelerating vaccinations. Meantime, the RBA warned Tuesday that the GDP is expected to fall materially in Q3, with the timing and pace of its rebound is likely to be slow. The central bank kept the cash rate unchanged at a record low of 0.1% during its September meeting while sticking with its taper plan at A$4 billion a week. Reports about weaker commodity prices also dented investors' sentiment, with the gold index sinking about 3.6%, its lowest level in six months after a firmer dollar and a rise in US Treasury yields knocked bullion below the $1,800-per-ounce level. Miners fell around 1% and extended losses for the third straight session on the back of weak iron ore and copper prices.

The FTSE/JSE All Share index fell almost 1% to around 65,883 on Wednesday, its lowest since July 20th, mainly pressured by weakness in mining stocks. At the same time, traders continued to evaluate the risk of a slower recovery from the pandemic due to the delta virus variant. Domestically, President Cyril Ramaphosa is expected to ease lockdown restrictions this week, following consultations with the Health Department, the National Coronavirus Command Council, and other stakeholders. On the earnings front, South African food producer Libstar reported a 27.8% fall in half-year earnings hit by unfavorable foreign currency movements and lower trading volumes.