US AND CHINA SOFTEN STANCE ON TRADE LEAD TO NARROWED DEFICIT 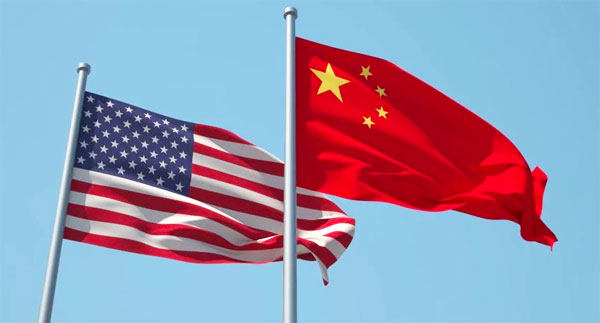 The US trade deficit narrowed to $70 billion in July of 2021, slightly below market forecasts of a $71 billion gap, mainly due to a drop in the goods deficit to $87.7 billion and a decrease in the services surplus to $17.7 billion. Exports were up 1.3% mom to $212.9 billion, the highest since May of 2019, led by sales of capital goods, gem diamonds, autos and parts, trucks, buses, and special purpose vehicles, other business services and charges for intellectual property products. Imports edged down 0.2% mom to $282.9 billion, after touching a record high of $283.3 billion in June, led by falls in purchases of toys, games, and sporting goods, cell phones, nonmonetary gold and lumber. The deficit with China decreased $2.0 billion to $25 billion in July.

Having waited eight months for U.S. Trade Representative Katherine Tai's promised "top-to-bottom" policy review of trade with China, some U.S. industries and experts were complaining over the plan's lack of specifics on negotiations or timing. Unveiling her plan on Monday, Tai, President Joe Biden's top trade official, pledged to hold talks with Chinese officials over their failure to meet the terms of former President Donald Trump's "Phase 1" trade deal and to revive a process to grant exclusions from tariffs on Chinese imports.

Tai will leave in place most of Trump's controversial tariffs on hundreds of billions of dollars of Chinese goods as she launches discussions with her counterpart, Chinese Vice Premier Liu He. She will raise U.S. concerns about China's industrial subsidies, but did not outline specific plans to tackle Beijing's policies that the U.S. believes undermine free trade. What happens next "depends on how the conversation goes," said Tai, the former top trade lawyer on the House Ways and Means Committee, who has promised to center the Biden trade policy around workers. She was unsparing in her criticism of Beijing on this front, accusing China's Communist Party government of continuing to "shape its economy to the will of the state, hurting the interests of workers here in the U.S. and around the world."Tai's speech, at the Center for Strategic and International Studies think tank, won support from Democratic lawmakers, unions as well as a former Trump administration trade official. However, industries that have suffered through more than three years worth of U.S. tariffs on Chinese imports that cost billions of dollars, were hoping for details on which products might win tariff relief.

The US-China Business Council said it feared tariffs might become permanent, given the lack of any clear road map. The National Foreign Trade Council called for a "robust" tariff exclusion process to provide some relief for companies hammered by the U.S.-China trade war. Its more evident that there's strong bipartisan concern about the direction of our economic relationship with China.

long-awaited announcement proved the Biden administration’s trade strategy on China to be lackluster at most, and will further inflict unnecessary damage to the American economy and retail supply chains," said David French, senior vice president of the National Retail Federation. Tai said she would refrain from Trump's plans for a separate formal "Phase 2" negotiations with Beijing over structural issues such as China's massive subsidies to state enterprises, citing a "disinclination" to use the Trump administration's labels. How those discussions unfold depends in part on "how much traction we get with China and to what degree we have to take our own measures to defend our interests," Tai said. The United States pursued regular high-level economic dialogues with China for more than a decade until 2017 that produced little change in Beijing's policies. The Trump administration's Phase One deal was heralded as a breakthrough, but Beijing has fallen far short of commitments to buy U.S. goods.