GOLD EXTENDED LOSS WHILE OTHER METAL BOUNCED BACK 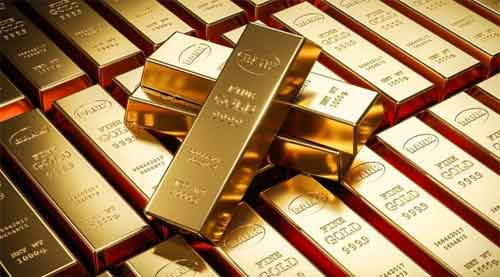 Gold extended losses to around $1,830 an ounce on Monday, the lowest in two weeks after the US dollar index refreshed a 16-month high following US President’s decision to renominate Powell as Federal Reserve Chair, who is seen as less dovish than the other top candidate Lael Brainard. Last week, Federal Reserve officials Richard Clarida and Christopher Waller suggested that a faster pace of stimulus tapering may be appropriate amid a strong economic recovery and rising inflation, bolstering expectations for an earlier interest rate hike. Moreover, Bundesbank president Jens Weidmann contradicted the European Central Bank’s official stand on Friday, warning that the ECB should avoid any commitment to keep easy monetary policies as inflation may stay above 2% for some time. Higher interest rates raise the non-interest bearing metal’s opportunity cost, reducing its appeal.

Silver traded around $25 per troy ounce and is close to its highest level since early August supported by fears the current surge of inflation would get out of control. Global inflation rates are hitting decade highs due to rising input prices and supply chain disruptions, raising the likelihood of interest rate hikes and in turn dampening the growth outlook. The white metal is also benefiting from prospects that a global shift towards green technologies, such as solar panel production and electric vehicles, would boost demand.

Copper futures bounced back above $4.3 per pound from an over 1-month low bolstered by prospects of higher demand following strong economic data out of the US amid thin inventories. Data from the Philadelphia Federal Reserve showed a pickup in factory activity in the US mid-Atlantic region and the weekly unemployment claims report pointed to a continued labor market recovery. Meanwhile, the spread between spot and three-month contracts on the London Metal Exchange rose to the highest since August 31st, indicating tightening nearby supplies. Given how crucial copper is in the transition to a carbon-free world, copper prices remain resilient in spite of slowing demand from top consumer China, especially from the Chinese construction sector. The global markets will need double the copper in the next 30 years to facilitate a decarbonized world, according to BHP's Chief Commercial Officer Vandita Pant.

Steel futures traded around CNY 4,300 a tonne, the lowest since February 2020 and more than 25% below its record-high of 5,975 hit on May 11th, amid weakening demand in China particularly due to the real estate sector which accounts for 40% of the nation’s steel consumption. The Chinese property market slowed sharply since May roiled by a debt crisis, with fresh data showing new construction starts tumbled 33.14% from a year earlier in October and overall investment by developers in projects decreased 5.4%. Adding to the bearish tone, China's auto sales fell in October for a sixth consecutive month due to chips shortages and lower demand. ArcelorMittal SA, the biggest steelmaker outside China, estimates Chinese demand to contract slightly this year while demand outside China is projected to rise 12-13% as economies continue to recover from the health crisis.

Iron ore with 63.5% iron content for delivery in Tianjin was around $85 per metric tonne, close to the lowest since May 2020, amid weak demand from a sluggish real estate and property sector in China. Constraints on steel production also weighed on the sector this year although there are prospects of easing supply concerns for the steelmaking materials and easing of financing curbs for the property sector. Meanwhile, portside inventories in China increased. Imported iron ore stocked at Chinese ports rose to 147.60 million tonnes in the second week of November, the highest since April 2019 and trading inventories of the metal hit a six-month high of 1 million tonnes, SteelHome consultancy data showed.