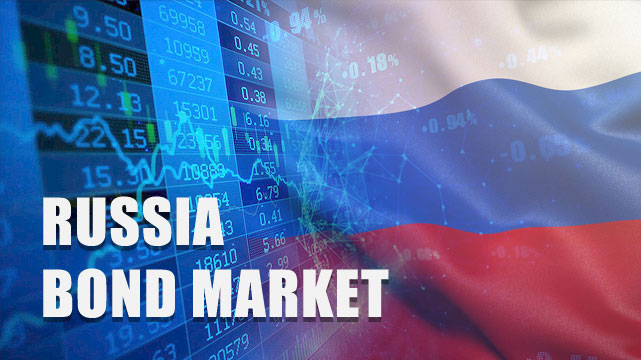 Russia took advantage of easing tensions between Moscow and Washington to raise €1.5bn euros from investors in its first international bond sale of the year. The Russian finance ministry received €2bn in orders for the euro-denominated six and 15-year bonds in a sale that comes just a month after the US placed sanctions on the sale of Russia’s local rouble debt.

Russia sold €1bn of a new bond maturing in 2036 at a yield of 2.65 per cent, and topped up a 2027 bond issued last year for an extra €500m. Three Russian banks — Gazprombank, Sberbank CIB and VTB Capital — arranged the sale. Investors placed over 100 orders for each of the bonds. Investors from Russia bought 47 per cent of the 2036 bond, with 22 per cent allocated to buyers in Germany and Austria, 14 per cent to the Middle East and Asia, 7 per cent to the UK, and 6 per cent to France. Russian investors bought 65 per cent of the 2027 issue, investors from the Middle East and Asia bought 20 per cent, and French investors bought 11 per cent. The deal was the first foreign-currency debt sale since another euro-denominated sale in November. Russia has not sold dollar bonds since US investors were barred from buying them in the primary market in 2019.

The share of foreign investors among Russia’s OFZ Treasury bond holders slumped to its lowest since mid-2015 in April, when the United States imposed new sanctions against Russia. The new sanctions bar U.S. banks from buying Russian rouble-denominated sovereign debt from mid-June on top of the existing ban on purchasing sovereign Eurobonds directly from Russia. Foreign investors’ holdings of OFZ bonds, which Russia uses to plug budget holes, declined by 334.6 billion roubles ($4.56 billion) from the beginning of 2021 to April 23, the central bank said in a report on financial stability. Their share slipped to 18.7% as of April 23 from 20.2% at the end of March, the central bank said. U.S. investors were the main foreign holders of OFZs as of April 1, followed by investors from the UK and Belgium.

“The potential for harsher sanctions may prompt investors to take extra steps. Nevertheless, even if they become harsher, the overall impact of sanctions is seen to be short-lived and limited due to the strong fundamentals of the Russian market,” the central bank said. Data showed investors from the U.S. and UK were the main sellers of OFZ bonds in the first quarter, while Chinese investors were seen increasing their holdings of bonds that the finance ministry usually auctions every Wednesday.

Rouble-denominated OFZ bonds used to be popular among foreign investors thanks to their lucrative yields, given Russia’s investment-grade ratings. The decline in non-residents’ share among OFZ holders had a limited impact on prices as major Russian banks replaced foreign investors.