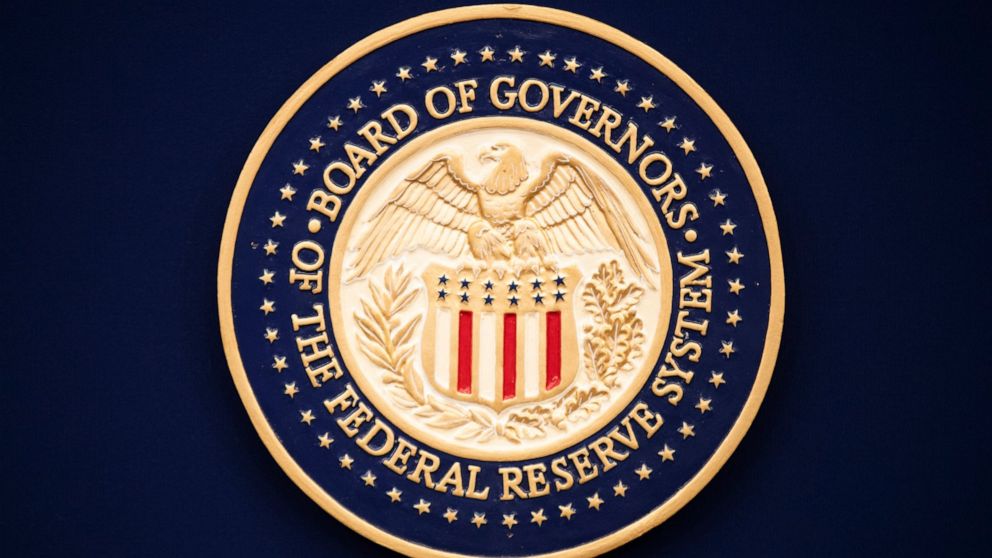 Federal Reserve officials signaled they expect to raise interest rates by late 2023, sooner than they anticipated in March, as the economy recovers rapidly from the effects of the pandemic and inflation heats up. Their median projection showed they see lifting their benchmark rate to 0.6% from near zero by the end of 2023. In March they had expected to hold it steady through that year.

Fed officials also discussed an eventual reduction, or tapering, of the central bank’s bond-buying program, Chairman Jerome Powell said in a press conference Wednesday after the central bank’s two-day policy meeting. The timing of such a move remains uncertain, he added. Stocks and bonds fell after a statement from the Fed and Mr. Powell. The Dow Jones Industrial Average closed 0.8% lower and the 10-year Treasury yield rose to 1.569%, from 1.498% on Tuesday. Bond yields rise as prices fall.

The dollar boasted its strongest single day gain in 15 months as 10-year U.S. Treasury yields jumped by the most since early March. [FRX/] [US/].The fallout in equities was softer, but enough to push MSCI’s broadest index of Asia-Pacific shares outside Japan down about 0.6% to its lowest since late May.

Japan’s Nikkei fell 1% and S&P 500 futures were 0.4% lower in Asian trade. However, Emerging markets might give up some gain, as they are vulnerable to the chance that early U.S. rate hikes suck funds out of riskier assets - though selling pressure was only moderate in Asia and EM currencies stabilized. [EMRG/FRX].

The Fed forecasts, or dot plots, showed 13 of the 18 person policy board saw rates rising in 2023 versus only six previously, while seven tipped a first move in 2022. While the plots are not commitments and have a poor track record of predicting rates, the sudden shift was still a shock. It appears that faster progress toward reopening and higher inflation surprises revealed some hawks on the FOMC, but that leadership is predominantly anchored at zero or one hike in 2023.The Fed further rubbed salt into the wound by signaling it would now be considering whether to taper its asset purchases meeting by meeting and downgraded the risk from the pandemic given progress in vaccination. But it’s likely to continue to look for lift-off in 2023, with tapering starting early next year.”

Markets moved quickly to price in the risk of earlier action and Fed fund futures shifted to imply a first hike by the end of 2022. The rise in bond yields and the dollar were a double blow for non-yielding gold which was down at $1,821 an ounce after sliding 2.5% overnight.

The dollar smashed up out of recent tight ranges, rising 0.9% overnight against a basket of currencies to 91.387 for its biggest gain since March last year. The euro was kept at five-week lows of $1.1990 having shed 1.1% overnight, the sharpest fall since March 2020. The dollar also surged to 110.69 yen and looked set to test its 2021 peak at 110.96. However the kiwi clawed back about half of its overnight losses after first-quarter growth figures blew past forecasts. The Australian dollar and emerging market currencies stabilized. [AUD/].

Oil prices were insulated by the prospect of stronger world demand and still tight supply, with Brent reaching its highest since April 2019 before running into profit taking and headwinds from the sharply higher dollar. Brent was last off 1% at $73.57 a barrel, while U.S. crude lost 1% as well to trade at $71.41.