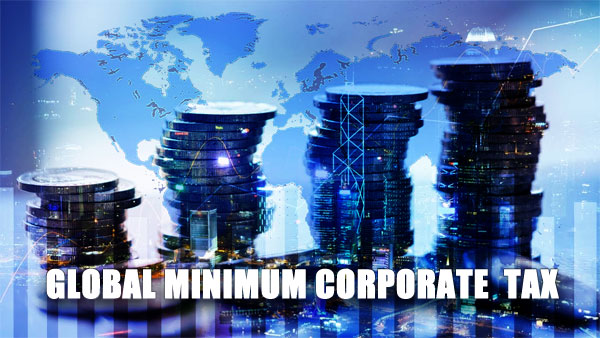 The U.S. Treasury in May proposed a global minimum corporate tax of at least 15% to try to end a downward spiral of corporate tax rates. By supporting the move, major economies are aiming to discourage multinationals from shifting profits - and tax revenues - to low-tax countries regardless of where their sales are made. The decision had been expected after G7 finance officials backed a tax rate of at least 15% during a meeting on June 5. The U.S. Treasury has said the G7's endorsement will provide momentum for advancing negotiations towards a broader G20 finance meeting in July in Italy.

The global tax deal has its effects will be slight for most companies, and won’t be felt for some time. But the pair of proposals—a system that taxes companies in line with where they operate and a 15% minimum corporate tax rate—can eventually make it tougher for multinational corporations to shift their revenues to tax havens and reduce their tax bills. The immediate impact, though, won’t be significant, given the relatively low 15% rate and plenty of details left to be figured out. Still, a shift away from a global tax system that pits countries against each other in a race to the bottom to attract businesses could mean higher overall corporate taxes down the road. Higher corporate taxes, in turn, usually pull down markets because they eat into companies earnings. To know how much, though, investors should understand the global package agreed to by Treasury Secretary Janet Yellen and her counterparts in Canada, France, Germany, Italy, Japan, and the U.K. The deal next goes before the Group of 20 and then a coalition of 137 countries convened by the Organization for Economic Cooperation and Development, or OECD.

(A) Multinationals will pay at least a 15% global minimum corporate tax rate irrespective of country they operate from.

(B) Taxes would apply to any global company with at least a 10% profit margin. Thereafter, 20% of any profit above that would be allocated and taxed in the countries where they operate from.

To be clear, the G-7 proposals are international agreements that represent a big step forward in how countries are approaching taxation of multinational corporations. But nations have their own tax laws, which will take years for lawmakers to draft, negotiate, and pass—and could look very different from the G7’s proposals. Republicans in the U.S. are currently opposed to corporate tax hikes, for example. The X Factor of each country needing to pass its own legislation to implement the G-7 agreement explains why an immediate impact from last weekend’s proposals won’t be felt. Then, couple that with the 15% minimum corporate tax rate, which simply isn’t all that high.

By overcoming long standing prejudices about national tax sovereignty in favor of supranational cooperation, the deal reduces international tax competition, In the long run, this is only likely to mean higher effective corporate tax rates. Companies with significant revenues attributable to intangible assets will be most impacted by the G7’s proposals. That means big internet and pharmaceutical companies, in particular. It’s currently easy for a company that provides digital services like Face book or Google-parent Alphabet (GOOGL) to register a corporate headquarters in a low-tax jurisdiction like Ireland, and shift its overseas profits there given a relative lack of physical presence in the countries in which it generates revenue. Ditto for a pharma company that registers its patents in one country but sells drugs globally. That’s in contrast to a manufacturing company that employs workers in a factory and sells physical goods in that country, which can’t pull off such a tax-avoiding maneuver.