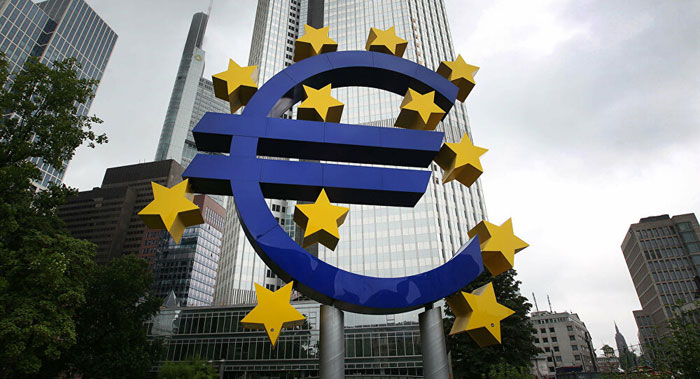 European stocks traded around the flatline late on Tuesday morning despite revised euro zone growth data showing that the region’s economy contracted by much less than expected in the first quarter of the year.

The continent-wide STOXX 600 index added 0.2%, with global investors now eyeing a European Central Bank meeting later this week. The European automobiles and parts index rose 0.9% to reach its highest since March 2015, extending a 5.3% rally from last week. Euro zone banks were broadly higher as government yields were steady near one-month lows ahead of the ECB meeting on Thursday when policymakers are expected to stick to their dovish policy stance. Miners fell 1.6% as copper prices dipped after a slower-than-forecast growth in Chinese exports sparked concerns about weakening demand for the red metal. Oil and gas stocks declined 0.3% as crude prices pulled back ahead of talks this week between Iran and world powers over a nuclear deal that, if clinched, is expected to boost crude supplies.

Revised data from the European Union’s statistics office showed, with a buildup of inventories and investment offset by reduced consumer spending. Eurostat said gross domestic product in the 19 countries sharing the euro contracted 0.3% quarter-on-quarter for a 1.3% year-on-year decline. These compared with estimates three weeks ago of respectively -0.6% and -1.8%. Eurostat said rising inventories added 0.7 percentage points to the overall quarterly figure in the January-March period and investment and trade each added another 0.1 points. Falling household consumption, hit by pandemic lockdowns including of shops across Europe, subtracted 1.2 points and government spending was neutral. The 0.3% GDP contraction comes after a 0.6% GDP quarterly fall in the previous three months, signaling the euro zone economy was in its second technical recession since the start of the COVID-19 pandemic. Eurostat said also employment fell 0.3% quarter-on-quarter in January-March and was down 1.8% year-on-year.

Italy grew marginally, against a previous estimate of a dip, and France dipped, against an earlier estimate of growth. Germany was very slightly weaker, while a number of smaller countries were more positive. The 0.3% GDP contraction comes after a 0.6% GDP quarterly fall in the previous three months, meaning the euro zone economy was in its second technical recession since the start of the COVID-19 pandemic. Data showed German industrial orders dropped unexpectedly in April on falling domestic demand as supply chain disruptions held back manufacturers.

The overall ground reality suggest, ECB to maintain its current pace of asset purchases even as the economic restart gains traction. Both ECB as well as Federal Reserve are expected to keeping policy easy, provides a positive backdrop for risk assets including European equities.

Globally, investors around the world remain focused on the release of key U.S. inflation data on Thursday. In April, the Consumer Price Index (CPI) rose 4.2% from the previous year, the fastest increase since 2008. Economists are expecting the CPI to have risen 4.7% in May from a year earlier, according to Dow Jones.