CHINESE STOCK UNDER PRESSURE AMID FURHER TIGHTENING OF GOVERNMENT REGULATION 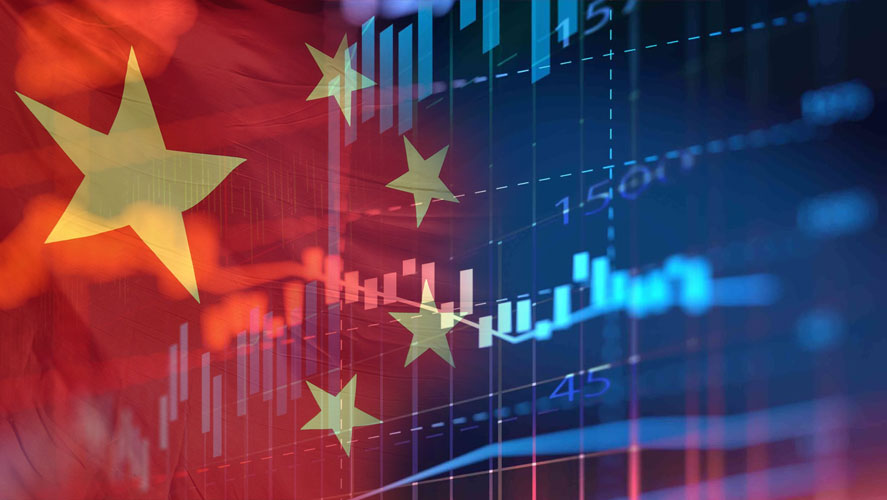 The Shanghai Composite Index tumbled 44 points or 1.2% to a near two-month low of 3,506 in early trade on Monday, falling for the second straight session, after Beijing on Friday announced that all institutions in China offering tutoring on the school curriculum will be registered as non-profit organizations, and no new licences will be granted. The news triggered a massive sell-off Friday in the shares of companies including US-listed TAL Education Group and GaotuTechedu. Meantime, China's Tencent Holdings was ordered by regulators to end exclusive contracts with music copyright holders within 30 days. Traders were also nervous as China reportedly was stepping up curbs on financing to local government financing vehicles to mitigate risks from hidden debt.

China's blue-chip CSI300 index (.CSI300) hit a more than 10-week low and was last down 2.89%, the Shanghai Composite Index (.SSEC) declined 2.18%, having earlier hit a two-month low and the Shenzhen Composite (.SZSC) fell 2.2%.Both the Shanghai and Shenzhen indexes were hit by heavy foreign-investor selling. Refinitiv data showed outflows of 6.2 billion yuan ($956.24 million) from A-shares as of midday on Monday. (.NQUOTA.ZK), (.NQUOTA.SH).In Hong Kong, the Hang Seng index (.HSI) slipped to its weakest level since Dec. 29 and was last down 2.91%. The Hang Seng China Enterprises index (.HSCE) fell 3.66%.Government efforts to rein in an overheated property sector also spooked investors on Monday, sending the CSI 300 Real Estate index (.CSI000952) down 4.82%, while the Hang Seng Properties index (.HSNP) fell 2.32%.

Media reports that China's central bank has ordered lenders in Shanghai to raise the rate of mortgage loans for first-time homebuyers followed a statement from the housing ministry on Friday that China will strive to clean up irregularities in the property market in three years. Shares in China Evergrande Group (3333.HK), the heavily indebted developer whose financing difficulties have stoked broader apprehensions about the outlook for the property sector, fell 7%. Evergrande shares have fallen by a third this month, and are down more than 54% this year. Fellow developer Country Garden Holdings Co (2007.HK) dropped 2.18%.