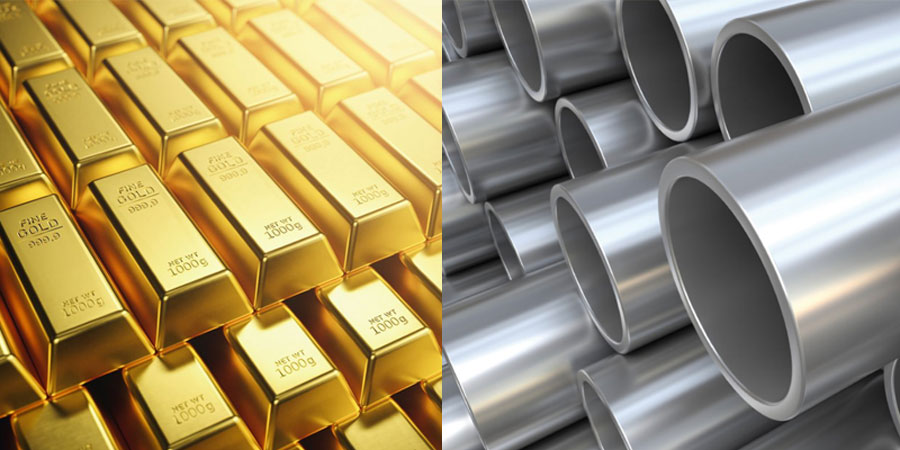 Gold prices gained some momentum to trade close to $1,780 an ounce on Friday, and is headed for its fourth weekly decline as investors gauged US inflation data. Consumer prices hiked 6.8% year-on-year in November, the fastest inflation level since 1982, which is likely to reinforce the Federal Reserve’s hawkish turn. The Fed is expected to announce that it will speed up the pace of its stimulus tapering at next week’s policy meeting, and to signal a more aggressive path for interest rate hikes in 2022. Meanwhile, uncertainties and risks around the Omicron variant provided a floor to bullion prices, as a potential hit to the global economic recovery could delay rate hiking cycles.

Silver sank to $22 per troy ounce in December, a level not seen since late September, amid worries the new omicron variant would drag demand down, adding to already reduced demand from the industrial sector. A strong dollar and bets the Fed will continue its tightening plans also weighed on the silver market. The white metal reached an 8-year peak of $30/oz in February on prospects that a global shift towards green technologies, such as solar panel production, would boost demand, but has since declined about 25% and is on track to post its worst yearly loss since 2014.

Steel futures were around CNY 4,300 a tonne, after hitting an over 9-month low of 4,176 on November 30th as steel mills in China's top steelmaking city of Tangshan were asked to curtail production at least until December 10th following an orange alert for pollution last Friday. Chinese demand, meanwhile, continues to struggle from both the construction industry and carmakers amid ongoing stress in the property market and chip shortages. ArcelorMittal SA, the biggest steelmaker outside China, estimates Chinese demand to contract slightly this year while demand outside China is projected to rise 12-13% as economies continue to recover from the health crisis. In the US, President Joe Biden's Infrastructure Bill includes funds to be spent over eight years for infrastructures such as bridges, ports and roads while the European steel industry’s low-carbon transformation will likely attract large automakers and electronic producers.

Iron ore with 63.5% iron content for delivery in Tianjin jumped above $100 per metric tonne, touching the highest level since October 29th, helped by supply constraints, expectations of rising steel production in December, and a stabilization in China's property sector. In addition, data showed China's iron ore imports hit a 16-month high in November. Prices should continue to rise as Chinese steel firms are set to raise output for the rest of the year after complying with a raft of strict curbs imposed by the government in the past few months, which, coupled with sluggish demand, hit production.