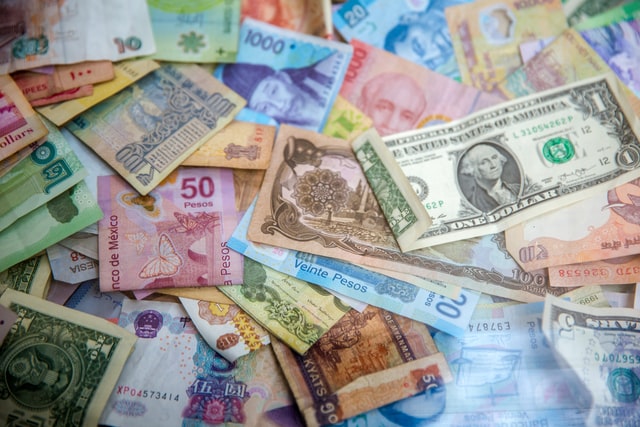 The Australian dollar and other riskier currencies recovered some lost ground against the U.S. dollar, after plunged last week amid a hefty sell-off in global bond markets. The greenback weakened broadly early in Asia trade, but barely enough to trim its biggest surge since June from Friday.

Risk-sensitive New Zealand Dollar gained against major currencies. Whereas the Australian Dollar spent most of its time last week slowly gaining ground against some of its major counterparts, but progress was fairly lacklustre. For AUD/USD though, it meant a material pause in what has been a top that has seen prices decline over 7.5% since February. Underlying fundamental dynamics are undermining the outlook, and the road in the week ahead likely remains bumpy for the Aussie. All eyes are on the Reserve Bank of Australia (RBA) interest rate decision, where the central bank is likely to keep key tool settings unchanged. The RBA partially trimmed bond purchases at its last meeting. but the recent surge in local Covid cases amid the highly contagious Delta variant could hinder economic growth prospects. If that means a more dovish central bank for longer, then the Australian Dollar could be vulnerable. Economists are now seemingly overestimating the health and vigor of the economy, opening the door to a disappointing print. If that further pushes out Fed tapering bets, then AUD/USD could see strength.

Currency markets have taken cues from the global bond market, where yields have surged in anticipation of an accelerated economic recovery. The aggressive bond selling implies a bet that global central bankers will need to tighten policy much earlier than they have so far been forecasting. Equities and commodities have also sold off as the debt rout unsettles investors. Apparently Bond moves are trumping economic data as the driver of foreign-exchange markets, with yields moving “well in advance” of economic fundamentals. The risk is tilted to a firmer USD this week because we doubt central banks will intervene in any meaningful way yet as the second-quarter US gross domestic product (GDP) crossed the wire at 6.5% overnight, missing expectations of 8.5% on a q/q basis. That, along with this week’s dovish Fed language, may be responsible for much of the weakness in the Greenback. It is also likely helping to calm fears over an accelerated taper timeline in the United States. Federal Reserve Chair Jerome Powell, who last week repeated the U.S. central bank will look through any near-term inflation spike and tighten policy only when the economy is clearly improving, will speak on the economy this Friday, the same day as the usually closely watched monthly payrolls data is due.

Last week, the Indian rupee declined marginally after three consecutive weekly gains following risk-off sentiments and fund outflows. It closed the week at 74.42 before touching 74.22 and 74.75 during this period. Rupee managed a strong show despite continuous FPI outflows from Indian markets but was supported by IPO flows. Expect Rupee to trade in range of 74.20 to 74.70 with a bias towards rupee strength. The Reserve Bank of Australia will hold its monthly policy meeting on Tuesday, and markets are widely expecting it to reinforce its forward guidance for three more years of near-zero rates, while also addressing the market dislocation.

The coming week is packed with potentially high-impact market-moving economic data from the Eurozone and, ahead of it, the slide in EUR/USD that began last Thursday is most likely to continue. What happens after the numbers, that are mostly unveiled on Thursday and Friday, depends of course on how strong or weak they are but last week’s policy statement by the European Central Bank was so dovish that further Euro losses are now highly likely.