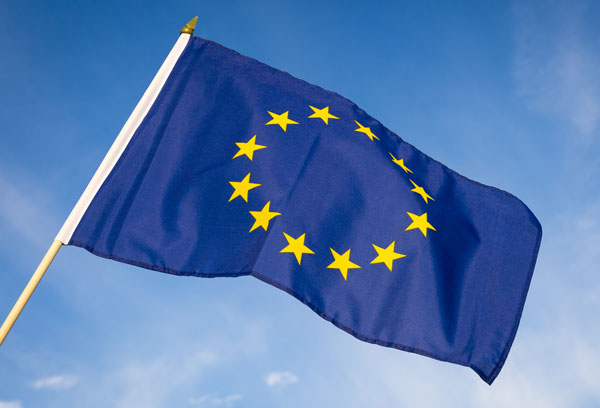 European stocks are headed higher on Wednesday after the S&P 500 hit a new all-time closing high overnight on strong corporate earnings. Investors will be monitoring updated quarterly results from Intesa Sanpaolo, Commerzbank, Ferrexpo, Hugo Boss, Legal & General, and Siemens Energy; while awaiting final services PMI data from across Europe and the UK as well as the Eurozone's retail sales for June. After dipping into negative territory earlier, the region-wide STOXX 600 index ended up 0.2% at a record closing high of 465.38 points.

Strong earnings and improving economic readings have brightened the outlook for European stocks this year, with economically-sensitive sectors expected to gain the most. 66% of the more than half of the STOXX 600 companies that have reported so far topping analysts’ profit expectations. Oil & gas stocks were the top gainers as BP rose 5.6% after it lifted its dividend and ramped up share buybacks on the back of a surge in quarterly profit. French lender Societe Generale jumped 6.4% after it lifted its profit forecast for the full year, while UK-listed Standard Chartered gained 1.0% after it reported a higher-than-expected first-half profit. Technology stocks were rattled by Chinese officials taking aim at videogame makers. Dutch firm Prosus, which has a stake in Chinese tech giant Tencent, fell 6.9%, while videogame makers Ubisoft and Embracer Group fell 5.0% and 3.7%, respectively. The tech sector was also among the biggest drags after German chipmaker Infineon Technologies fell 0.4% on flagging large production outages. BMW slid 5.2% even after raising its profit forecast for 2021 as it said the global chip shortage and rising raw materials prices would hurt its performance in the second half of the year. On the other hand, carmaker Stellantis STLA.MI climbed 4.2% after it raised its full-year target on its adjusted operating profit margin. The world’s biggest container shipping company, A.P. Moller-Maersk, fell 2.0% after some analysts saw its outlook hike as “conservative”, as chaotic conditions in the global supply chain pushed. Travel and leisure stocks tumbled 2.6% as the spread of the Delta variant threatened more curbs on movement.

The CAC 40 has been on an upward trend since mid-July to trade at 21-year highs in August and getting closer to a record of 6944.77 in September of 2000. Strong corporate earnings, positive economic data including PMIs and GDP growth figures, a dovish Fed and slowing concerns over a Chinese regulatory crackdown boosted investors' mood.

The FTSE MIB traded close to the 25,500 level at the start of August, extending a 1% monthly gain in July, lifted by strong domestic data and upbeat corporate updates. On the economic data front, Italy's manufacturing sector saw a further rapid improvement in conditions in July and growth remained close to a record pace, although momentum waned slightly as capacity pressures and supply disruptions hindered the performance of the sector. Firms remained upbeat towards the year ahead outlook for output, yet the level of sentiment moderated to a 15-month low.