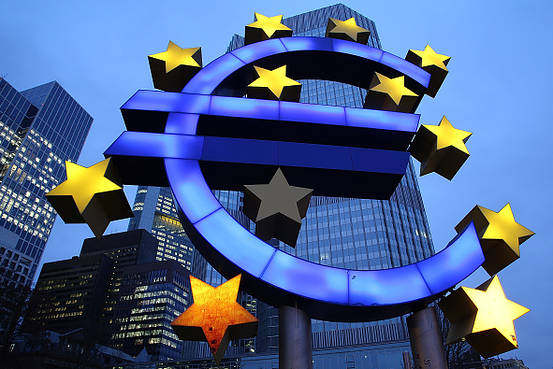 European stocks edged higher on Wednesday, with gains in travel stocks offsetting weak German business sentiment data, while global markets were range-bound ahead of a policy update from the U.S. Federal Reserve later this week. The region-wide STOXX 600 index rose 0.1% after a record close on Wall Street. The European benchmark itself was just less than a percent away from its peak.

Earlier this week, IHS Markit’s survey showed euro zone business activity dipped from July’s two-decade-high monthly pace. Equity markets (outside China) have not yet seen the usual wobble associated with a PMI roll-over, so could be vulnerable. Nevertheless, past experience suggests that investors should buy any dip as long as another global recession is not imminent. A private agency poll predicted strong earnings will keep European stocks around current record levels for the rest of 2021, while worries related to U.S. monetary policy tightening, German elections and a Chinese regulatory crackdown will cap gains.

The FTSE 100 was slightly higher on Wednesday, outperforming most of its European peers and rising for a 4th straight session, led by healthcare and consumer staple stocks. Investors take a cautious mood ahead of the Jackson Hole Economic Symposium later in the week which will likely provide some more clues on the tapering plans from the Fed. Also, there are no major economic releases for the UK for the rest of the week. On the corporate front, Augean shares surged after the waste management company agreed to a $468 million buyout offer from Ancala.

The STOXX 600 will reach 470 points by the end of the year, according to the poll. Travel and leisure stocks gained 1.4% to hit their highest level in almost two weeks, while utilities lagged. , the German Ifo business climate came well below forecasts amid lower expectations, suggesting the economic outlook for Germany is deteriorating.

The CAC 40 was slightly higher on Wednesday, as investors took a cautious approach ahead of a speech from Fed Chair Powell later in the week which is expected to provide details on the central bank tapering plans. Travel and airline stocks were among the best performers. Shares of Pernod Ricard were also higher after the company said it could book an additional profit before tax of $163 million in its 2021 earnings report, after a favourable tax ruling.

The FTSE MIB traded flat around 26,026 on Wednesday, tracking a global cautious mood as investors remained focused on the Fed’s Jackson Hole symposium later in the week for any cues on the Fed's next moves. The IBEX 35 traded slightly higher around 8,987 on Wednesday, lifted by shares of banks and tourism-related companies. On the domestic data front, producer prices rose 15.3% yoy in July, little changed from a 15.4 percent jump in June which was the steepest since October of 1983.

Deutsche Bank’s recommendations spurred moves among retail stocks, with Zara-owner Inditex and H&M slipping over 1% after the brokerage started coverage with a “sell” rating, while Adidas and Puma rose 1.5% after an upgrade to “buy”.

Swedish radiation therapy equipment maker Elekta slid 7.1% after saying it was preparing for higher supply chain and related costs. Pernod Ricard gained 0.9% after the French spirits group said it would book an additional $163 million in income before tax in its 2021 earnings after a favourable tax ruling.