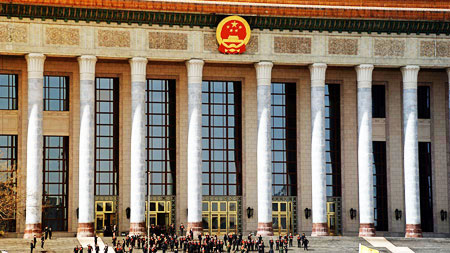 Beijing’s plan to bulk up the State Administration for Market Regulation (SAMR) comes as China revamps its competition law with proposed amendments including a sharp increase in fines and expanded criteria for judging a company’s control of a market.

The watchdog slapped a record $2.75 billion fine on Alibaba after an antimonopoly probe found the e-commerce giant had abused its dominant market position for several years.

The fine underscores the challenges ahead for companies, including global firms with operations in China, mainly in a tech sector that thrived during years of relatively laissez-faire market regulation.

It also mirrors the increasing activism of U.S. and European antitrust authorities in recent years.

With growing scrutiny, executives of major internet firms are now required to make routine reports to the antitrust bureau for merger deals or of practices that could fall foul of antimonopoly rules, one of the sources said.

The heavy fine on one of the country’s dominant tech leaders also sends a strong message to the broader tech sector that the Chinese regulators, like their European counterparts, are serious about cracking down on Big Tech.”

China’s competition watchdog is adding staff and other resources as it ramps up efforts to crack down on anti-competitive behaviour, especially among the country’s powerful companies. For now, however, the investor focus is on who among the home-grown technology champions will be the next target of the Chinese antitrust watchdog.