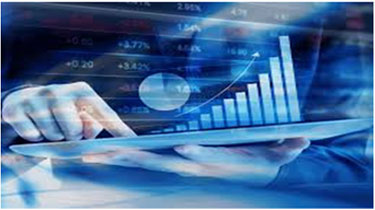 Domestic Equity Market continued the rally and reported a gain. During this week, the Nifty Fifty reported a gain of 2.50% over the previous week’s close. All the sectoral Indexes were the gainers .Metal, Pharma, FMCG, Auto, IT, Realty, Energy, Bank were having gains of 8.66%, 4.16%, 3.12%, 2.57%, 2.35%, 2.19%, 1.64%,1.62% respectively. Domestic Equity Market was closed on Monday on Accounts of “HOLI”. The Indian benchmark equity indices ended more than 2 percent higher on Tuesday led by strong gains in IT, metals and pharma stocks. Domestic equity market has shown a negative sign on Wednesday and ended over 1% dragged by heavy selling in private banks and IT stocks amid weak global cues. Domestic equity Market started the new financial year on Thursday with gains led by a rally in metals, banks and auto stocks amid positive global cues. Equity markets were closed on Friday on observance of “Good Friday.”

Jsw steel surged over 13% on weekly basis as JSW Steel has entered into agreement to acquire the high-grade steel plates and coil business of Welspun Group for ₹848 crore.

Tata steel gained over 12.24% as the rating agency Moody’s Investors Services on Wednesday revised the outlook on Tata Steel from negative to stable and also affirmed the company’s Ba2 corporate family rating (CFR).

Sail swelled over 8% as Steel Authority of India Ltd (SAIL) clocked its best ever quarterly sales at 4.27 million tonnes (MT) during the March quarter of the last fiscal year, up 14 per cent over the year-ago period.

HDFC Bank plunged slightly after the private sector lender faced technical glitch on Tuesday with some customers complaining via social media that they were unable to access bank accounts. 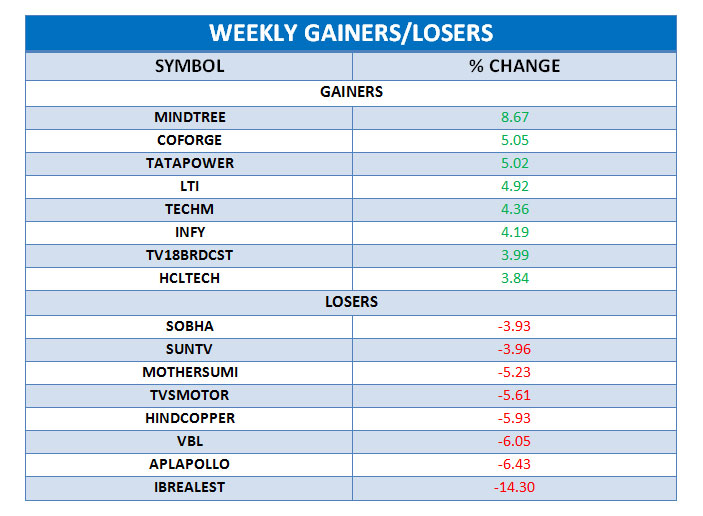