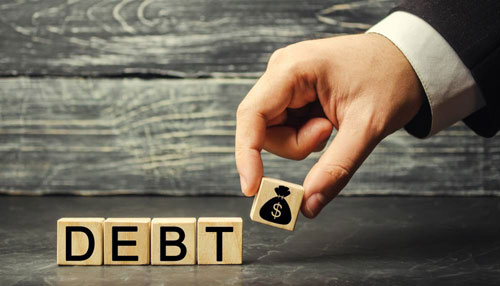 Supplementary leverage ratio” (SLR) is an extra safeguard introduced following the decade-ago financial crisis that requires big banks to hold cash against assets regardless of their risk. With surging deposits, some banks may be looking to raise debt to ensure they operate comfortably within the ratio. It’s quite likely that the debt issuance may have been partly driven by the expiration of the SLR relief.

JPMorgan Chase, Bank of America, Goldman Sachs and Morgan Stanley have or are planning to issue a total of $40 billion in debt, according to media reports. JPMorgan’s $13 billion April 15 bond sale was briefly an industry record until it was topped the next day by Bank of America’s $15 billion offering. Confluence of monetary and regulatory factors are driving the unprecedented cash grab, underscoring the increasingly tricky balancing act for Wall Street lenders as the economy emerges from the pandemic slump.

After the U.S. Federal Reserve said in March that it would lift capital distribution curbs on banks that pass its June stress tests, many also want to have enough cash on hand to keep shareholders happy with increased stock buy backs. Goldman announced its own plans to buy back some preferred stock.

But it’s not all good news. While the fire-hose of government stimulus gushing through the economy flattered bank earnings, it has also reduced loan growth and caused deposits to surge. In turn, banks have had to park those deposits with the Federal Reserve and in safe-haven assets such as U.S. Treasuries. These deposits are growing like crazy, but loans are not and common equity is not, and that creates a serious problem for the banks. Raising capital against deposits and/or turning away deposits are unnatural actions for banks, and cannot be good for the system in the long run.